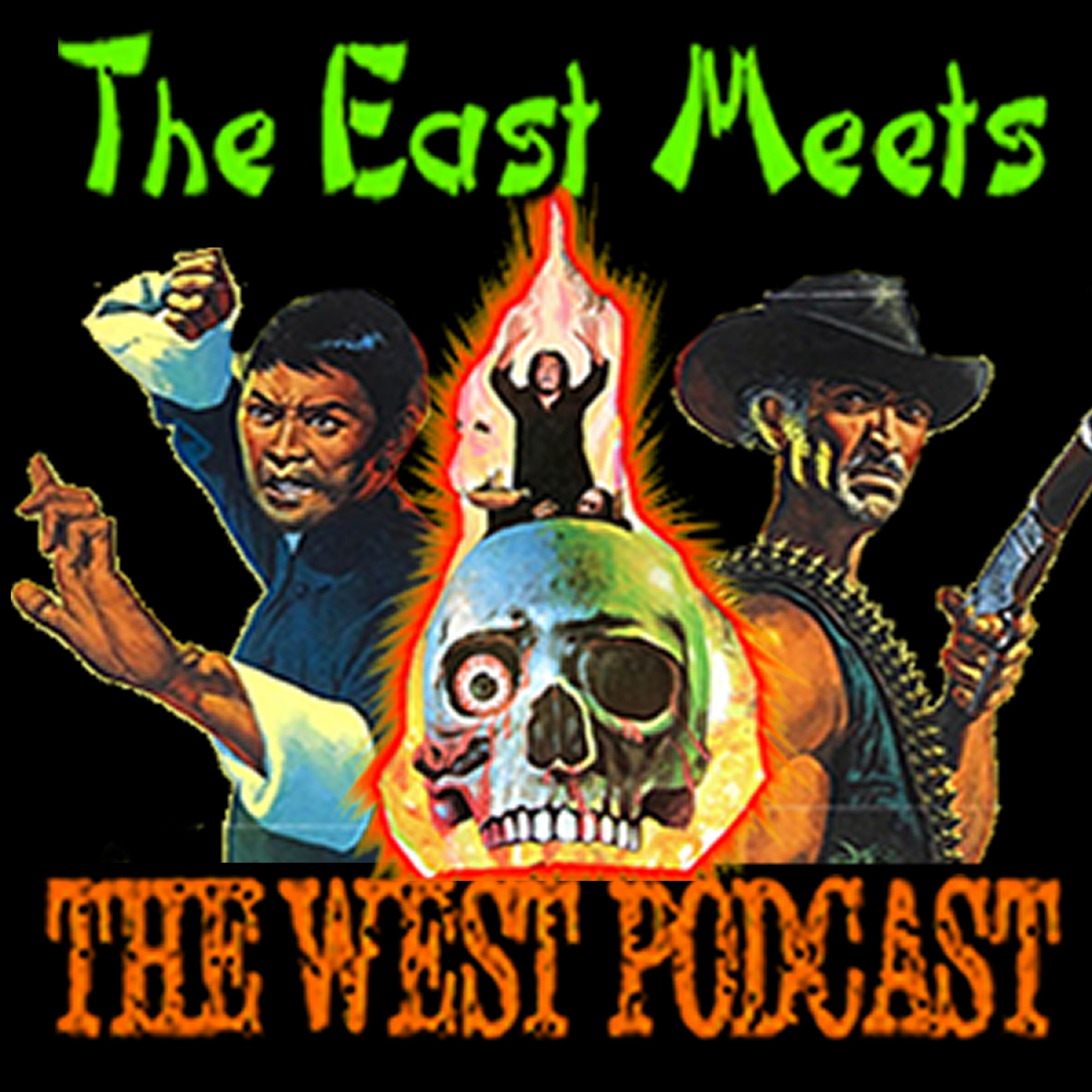 Last episode was part 2 of our Primer on Shaw Brothers films and Spaghetti Westerns. Today, we break our usual form again as we will NOT be discussing a Venom film from Shaws or a Terence Hill related Spaghetti Western. This episode, we've got a very special guest returning to the show, podcaster extraordinaire, Derek M Koch! Derek, Patsy and I discuss two wonderful films: just in time for Halloween we present the Shaw Brothers/Hammer Films team-up, Legend of the 7 Golden Vampires (1974) and the Spaghetti Western, Requiem for a Grino (1968). You're in for a great treat!

Derek can be found at:

This episode is sponsored by Deadly Grounds Coffee "Its good to get a little Deadly" https://deadlygroundscoffee.com.

Patsy the Angry Nerd and his podcasts can be found at throwdownthursdaypodcast.com.

His book, "How Much Do You Tip an Exorcist", can be found at:

The East Meets the West is not only on every podcasting app including iTunes, Spotify, and Stitcher, but also can be found at these links:

Join in on the discussion at our Facebook Page